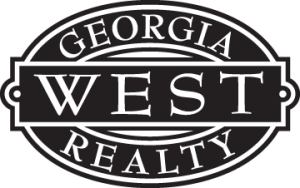 Carroll County, of which Carrollton is the county seat, was chartered in 1826, and was governed at the time by the Carroll Inferior Court, which consisted of five elected justices. In 1829, the justices voted to move the county seat from the site it occupied near the present community of Sandhill, to a new site about 8 miles (13 km) to the southwest.[8]

The original intention was to call the new county seat “Troupville”, in honor of former governor George Troup, but Troup was not popular with the state government of the time, so the Georgia General Assembly incorporated the town as Carrollton, in December 1829. The name was in honor of Charles Carroll of Carrollton, the last living signer of the Declaration of Independence.[8]

In 1830, the town was surveyed and lots were laid out, with the central feature being the town square,[8] which was later named Adamson Square, for local judge and congressman William C. Adamson.

Although it was the county seat and the main market town for most of Carroll County, transportation of both goods and passengers was difficult until the coming of the railroad in 1874, so Carrollton remained largely a frontier town until well after the Civil War.[8]

The coming of the railroad brought new prosperity to Carrollton. Farmers were able to bring their crops, mostly cotton, to town for shipment to distant markets, and obtain the fertilizers and agricultural supplies they needed. At the same time, consumer goods were more readily available than ever before.[8]

The railroad also encouraged the growth of the fledgling industrial ventures, especially in the textile industry, in and around Carrollton. These early textile mills, mostly water powered, served as the basis for a textile industry that helped ensure the town’s prosperity well into the 20th century.

At the start of the 20th century, Carrollton boasted running water and had electric lighting and telephone service. The town began paving its streets in 1918.[8]

In 1906, Carrollton was chosen as the site of the Fourth District Agricultural and Mechanical School, which became West Georgia College in 1934, and is now an 11,000-student university, the University of West Georgia. In May 1964 Robert F. Kennedy visited Carrollton for the dedication of Kennedy Chapel on the university campus.[9]

Carrollton remained an agricultural and textile manufacturing center throughout the first half of the 20th century, but as the local production of cotton declined and the population became more urban, other industries began to take on a greater prominence.[8] Most notable is the Southwire Company. Founded in Carrollton in 1950, Southwire is now one of the world’s largest manufacturers of wire and cable and is the largest privately owned wire manufacturer, with more than 1,500 local employees and 5,000 employees worldwide.[10]

This diversification of industry has continued into the 21st century, aided in part by Carrollton’s ready access to Interstate 20 and the Norfolk Southern Railway. The city’s major employers presently include companies in the airline, construction, power distribution, poultry, software, home entertainment, and health care industries, among others.[11]

Carrollton was mentioned in Margaret Mitchell’s 1936 novel Gone with the Wind and in the 1939 movie of the same name. Carrollton featured in the 1983 TV movie Murder in Coweta County, although the Carrollton scenes were not actually filmed there. Other films shot in the Carrollton area include Conjurer with John Schneider, The Way Home with Dean Cain, and Between Love and a Hard Place with Bern Nadette Stanis. Carrollton was the home of actress Susan Hayward.[9]

The city attracted news media attention amidst allegations of censorship in September 2011 when the mayor overruled the board of the city-owned Carrollton Cultural Arts Center in order to ban as “very offensive” the live stage musical The Rocky Horror Show that had been scheduled for a run just before Halloween. The theater board had authorized use of the venue and appropriated $2,500 for the show, which was already in rehearsal. News reports attributed the mayor’s decision to his being shown by the city manager a video of the rehearsal posted by a cast member to a personal Facebook page.[12] In February 2012, three months later than originally planned, the show was produced and privately funded without city money at the Townsend Center for the Performing Arts at the University of West Georgia, also in Carrollton.[13] The Virginia-based anti-censorship Thomas Jefferson Center for the Protection of Free Expression gave one of its national 2012 “Muzzle” awards to the mayor “for appointing himself the arbiter of cultural taste for an entire town, and canceling a pre-approved production of The Rocky Horror Show at a city-owned theater.”[14][15]